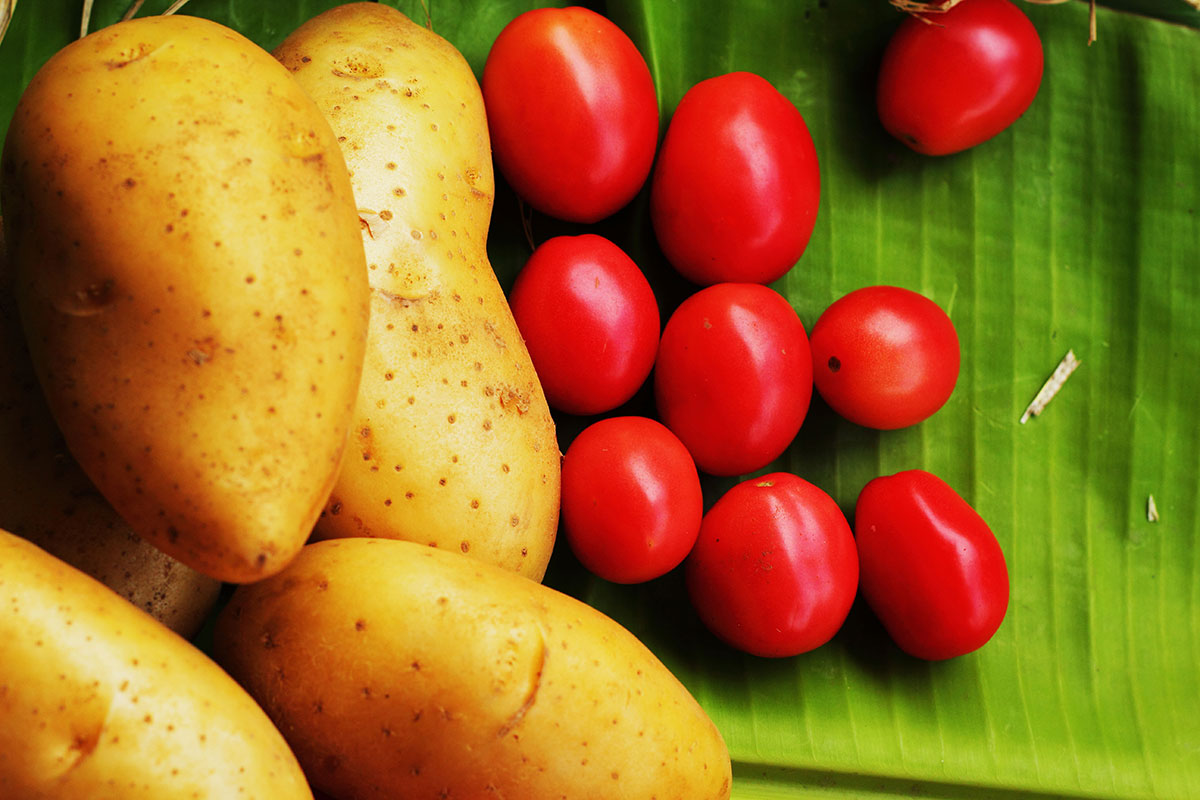 Nightshades are a diverse group of foods, herbs, shrubs, and trees that have fascinated scientists, doctors, and nutritionists for centuries. “Nightshade” is actually the common name used to describe over 2,800 species of plants, many with very different properties and constituents. All of the plants, however, belong to a scientific order called Polemoniales, and to a scientific family called Solanaceae.

To give you an idea of the diversity associated with this group of plants, consider the fact that tobacco, morning glory, potato, and tomato are all classified as nightshades:

If you are an individual with existing autoimmune or joint problems like osteoarthritis, rheumatoid arthritis, or gout, temporary 4-6 week elimination of nightshade foods from your meal plan may be a worthwhile step to determine if these foods could be contributing to your health woes. This same recommendation would apply to individuals with existing nervous system problems, particularly nerve-muscle related problems.  If after eliminationg nightshardes from your diet you found relief from your symptoms, go through the same food reintroduction protocol you followed after completing the detox (i.e. add one food back at a time every 3-4 days and if you experience a flare-up of your old symptoms pull that food back out of your diet.)

A particular group of substances in these foods, called alkaloids, can impact nerve-muscle function and digestive function in animals and humans, and may also be able to compromise joint function. Because the amount of alkaloids is very low in nightshade foods when compared with other nightshade plants, health problems from nightshade foods may only occur in individuals who are especially sensitive to these alkaloid substances. Since cooking only lowers alkaloid content of nightshade foods by about 40-50%, highly sensitive individuals may want to avoid this category of food altogether, while non-sensitive individuals may be able to eat these foods, especially in cooked form, without problem.

Effect of steroid alkaloids on the nervous system

The steroid alkaloids in potato – primarily solanine and chaonine – have been studied for their health effects in two areas. First is their ability to block activity of an enzyme in nerve cells called cholintesterase. Many of the alkaloids found in nightshades possess this kind of activity, called cholinesterase inhibition. If the activity of cholinesterase is too strongly blocked, the nervous system control of muscle movement becomes disrupted, and muscle twitching, trembling, paralyzed breathing, or convulsions can result. The steroid alkaloids found in potato have clearly been shown to block cholinesterase activity, but this block does not usually appear strong enough to produce nerve-muscle disruptions like twitching or trembling.

A second type of problem potentially related to the potato alkaloids involves damage to the joints caused by inflammation and altered mineral status. Whether alkaloids can contribute to joint damage of this kind is not clear from current levels of research. Some researchers have speculated that nightshade alkaloids can contribute to excessive loss of calcium from bone and excessive depositing of calcium in soft tissue. For this reason, these researchers have recommended elimination of nightshade foods from the meal plans of all individuals with osteoarthritis, rheumatoid arthritis, or other joint problems like gout.

Effect of nicotine alkaloid on health

We use cookies on our website to give you the most relevant experience by remembering your preferences and repeat visits. By clicking “Accept All”, you consent to the use of ALL the cookies. However, you may visit "Cookie Settings" to provide a controlled consent.
Cookie SettingsAccept All
Manage consent

This website uses cookies to improve your experience while you navigate through the website. Out of these, the cookies that are categorized as necessary are stored on your browser as they are essential for the working of basic functionalities of the website. We also use third-party cookies that help us analyze and understand how you use this website. These cookies will be stored in your browser only with your consent. You also have the option to opt-out of these cookies. But opting out of some of these cookies may affect your browsing experience.
Necessary Always Enabled
Necessary cookies are absolutely essential for the website to function properly. These cookies ensure basic functionalities and security features of the website, anonymously.
Functional
Functional cookies help to perform certain functionalities like sharing the content of the website on social media platforms, collect feedbacks, and other third-party features.
Performance
Performance cookies are used to understand and analyze the key performance indexes of the website which helps in delivering a better user experience for the visitors.
Analytics
Analytical cookies are used to understand how visitors interact with the website. These cookies help provide information on metrics the number of visitors, bounce rate, traffic source, etc.
Advertisement
Advertisement cookies are used to provide visitors with relevant ads and marketing campaigns. These cookies track visitors across websites and collect information to provide customized ads.
Others
Other uncategorized cookies are those that are being analyzed and have not been classified into a category as yet.
SAVE & ACCEPT
Skip to content